I’m a senior, not in high school or college, but in life. You could also say I’m a senior in the University of Chicago Basic Program of Liberal Education for Adults, because I’m in my fourth and final year.

It is Spring Break, and I’m happy to be free for a bit. Readings this past quarter were challenging as usual, especially in the 90-minute seminar portion. Rather than give you a synopsis (which I’m incapable of doing), with my retirement interest in writing, I want to show you a few beautifully written passages from my assignments.

In The Politics1, Aristotle, born in 384 B.C, is the first to address politics as a science. In this passage, he starts out defining what constitutes a city. Note how his arrangement of words shows his analytical thinking:

After reading Aristotle several times in these four years, I understand why I became a nurse and my brother became the philosopher in the family.

In The Wealth of Nations 2 (published in 1776), Adam Smith describes the economic advantage of the division of labor. He, too, is orderly in his thinking:

The great increase of the quantity of work which, in consequence of the division of labour, the same number of people are capable of performing, is owing to three different circumstances; first to the increase of dexterity in every particular workman; secondly, to the saving of the time which is commonly lost in passing from one species of work to another; and lastly, to the invention of a great number of machines which facilitate and abridge labour, and enable one man to do the work of many.

After reading Smith, I know why I’m not an economist. For me, it’s enough to know that supply has something to do with demand.

In the “Manifesto of the Communist Party”3 (published in 1848), Karl Marx and Friedrich Engels surprised me with their vivid use of metaphors:

The robe of speculative cobwebs, embroidered with flowers of rhetoric, steeped in the dew of sickly sentiment, this transcendental robe in which [some] Socialists wrapped their sorry “eternal truth,” all skin and bone, served to wonderfully increase the sale of their goods amongst such a public.

As usual in these U of C courses, the professors use the Socratic Method of questioning, so each question is answered with a question. So by the time I leave class, I have no answers, and the stirred-up dirt floor of my brain screams for aspirin. After the seminar portion of the class, in the 90-minute tutorial, we studied Hamlet. Being a relative novice at Shakespeare, aside from learning to appreciate the depth of his knowledge of human behavior and his seemingly effortless ability to build suspense and entertain, I marveled at the actual writing. Read this passage where the Queen, Hamlet’s mother, describes the location where a female character drowns:

There is a willow grows askant the brook,

That shows his hoar leaves in the glassy stream,

Therewith fantastic garlands did she make

That liberal shepherds give a grosser name,

But our cold maids do dead men’s fingers call them.

Now, if you don’t get what Shakespeare is trying to say here, just let the words flow over your tongue. They roll out smooth as a red carpet. Luckily for me, our edition had numerous footnotes across from each page defining most of the archaic terms.  But, now and then, these readings also gave me a headache from concentrating too hard to make sense out of them.

Another thing: I never realized how many common expressions come from Hamlet.  A few examples:

Today is March 13, and you’ll probably be reading this next Monday, my usual day to post. By that time, I’ll be over 2,000 miles from home, house sitting for my son and daughter-in-law and hanging out with the older of my two sets of grandchildren.

The children don’t need me –that’s why I say I’m house sitting. In fact, last week a friend asked the youngest (15), “Why is your grandma coming?” She answered, “I don’t know. She only talks and eats.”

And she is right. When I agreed to this invitation, I made it clear that I do not cook, clean, or do the washing, but I’m good at listening.

Perhaps while I do my listening, I can put into use the Socratic method of questioning so we can have headache-producing discussions. Or maybe I can simply ponder aloud, To be or not to be, that is the question. 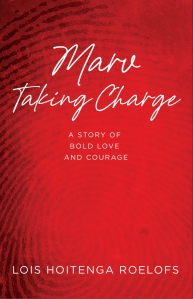